3 months on with Emma Gould 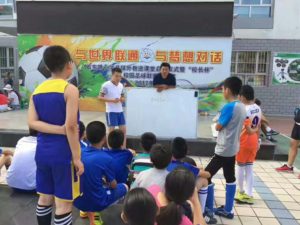 Can you give us an update since your last blog?

Quick update. Over the last two months the coaches have worked together to input a summer camp scheme; three camps ran for seven days and a ten day camp also ran toward the latter end of last month! We had a wide variety of children from ages four to fourteen. A lot of the children had never played football before so it was vitally important for us to make camp inclusive for all children and enjoyable for their first experience of the sport! In this part of China it has became very clear that sport isn’t the first option for children, so it was a hurdle for the coaches to overcome this. We wanted the children to enjoy and remember their experiences at summer camp and hopefully in the future, developed from the experience had at camp, they may want to return or get more involved regularly in football! 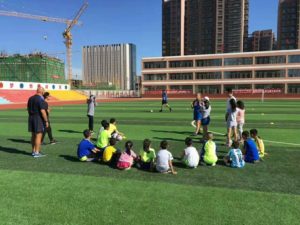 Many of the children we work with don’t speak much English, therefore, incorporated in our summer camps were English breaks where children had a break in the shade but also had the opportunity to learn English words!

We were also joined by Matt Hunter and Shaun Garnett who oversaw all of the coaches work and gave guidance to help improve ourselves as coaches, which was great!

Tell us how you got into this career.

My coaching career started when I got injured one week in a match. I went to technical http://premier-pharmacy.com/product-category/mans-health// goalkeeper sessions trained by a man named Neil Ebbrell. Being injured, he offered to help assist me in coaching. I found I gained a lot of enjoyment out of coaching football and wanted to pursue this even further! I began taking coaching courses starting with my Level 1 and then my FA Goalkeeper Award. I assisted Neil throughout his sessions gaining lots of knowledge and experience, I was very fortunate to know Neil, as a further opportunity arose at Connah’s Quay Nomads as an Assistant Academy Goalkeeper Coach. I worked with the club for two years as well as going to America for a summer in 2015! Becoming a Coach as a female at sixteen was fairly daunting due to being surrounded by people with a lot more knowledge and confidence, but I found this made me want to grow further as a Coach and show that age didn’t really matter! 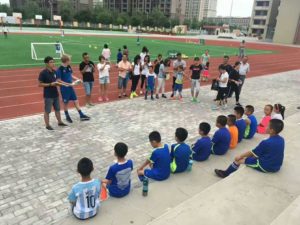 I now look back and find myself reflecting on my experience in China. It’s daunting sometimes thinking of moving to the other side of the world, however, as a Coach it’s tested my ability to be flexible as well as to be understanding and change coaching methods depending on age groups and abilities. A lot of abilities we work with are grass roots level however with a language barrier you have to adapt your coaching style nearly every day to suit the needs of the children, teachers or translators you are working with!