Hi-Impact’s Phil Gregory captivated an audience of Year 4’s at St Bridget’s C of E recently with his Changing Materials Workshop demonstration; showcasing the science behind dry ice, melting points of chocolate, the burning of magnesium ribbon and the magic chromatography.

The Year 4’s were wowed by Phil’s presentation and, not unlike the paper which feeds on liquid in the first phases of chromatography, absorbed the information at a phenomenal rate.

Phil started his workshop by first teaching the children about the melting points of different types of chocolate; allowing them to partake in a practical experiment in which they grouped up in teams and melted their own chocolate safely in a tin pot using candles. They were then able to track the time it took for the chocolates to melt and discuss their findings.

In the spirit of a true showman, the magnificent Mr. Gregory then lifted the lid off the mystery box which contained… dry ice.

First explaining to the class the health and safety measures one must take when working with such a potentially hazardous material, he then proceeded to pour warm water on the dry ice; creating a thick mist which sat neatly upon the brim of the container to be gazed upon and studied.

Having intrigued the classroom, Phil then began his experiment to explain the science behind the art of chromatography, by instructing the class to draw three dots ( red, yellow, and blue) on a thin piece of paper; He then placed said paper onto a cup filled with water and stuck a moistened straw through the middle. All the children had to do was wait and watch in amazement as the initially simplistic experiment became an artful masterpiece before their very eyes.

The water soaked into the colours and sprawled them across the paper with a style and flair which would not look out of place in the Louvre. What Phil was able to demonstrate here was a perfect example that science does not have to be complicated to be fun.

Showcasing his bravery and confidence in his knowledge of the subjects being taught, Phil also demonstrated his ability to burn magnesium ribbon in the classroom; holding aloft a searing white flame which encapsulated his young audience, whilst also using this opportunity to explain the science behind why it burns so brightly.  In addition to this, using the mist from the dry ice, he was also able to create a small, pressurised rocket, an experiment he carried out in a safe area of the playground, outside of the class.

Drawing to a close, Phil ended the class by enthusiastically answering a plethora of questions from the children, ranging from the items demonstrated to the complexities of outer space.

Hi-impact were delighted to have presented such an interesting and engaging workshop for the students of St Bridget’s C of E, and look forward to performing more high quality services moving forward. 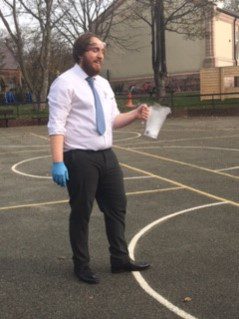 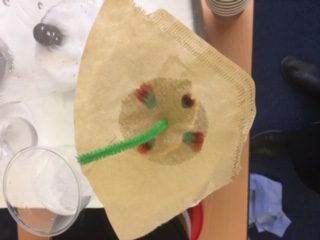