In recent times, given the widespread usage of Apple software and the popularity of iPad devices in schools, a unique demand for Apple-savvy educators has been created.

To proactively address this need, hi-impact consultant, Phil Gregory, recently completed a course which granted him with an application-based Apple Certification. With his new, recognised knowledge in the proficiency of application usage, we thought it’d be nice to have a chat with him about what he’s learned and how he feels it will help him improve the learning experience of his pupils.

Here’s what he had to say!

Why is it important to implement in the classroom?

iPads have become as common as a pencil and paper in most classrooms. The use of them is commonplace, but so few are using them in the ways that they could be. Children and teachers can do so much with an iPad that is unknown to them that I feel like spreading the word is massively important.

What have you learned in training?

Just how much can be done with the built in suite of Apple apps. A few years ago a lot of the tools built in were not up to scratch, but now they are fully featured and contain so many opportunities that are mostly ignored.

How can it be implemented in the classroom?

By simply raising the awareness of how much can be done. When I was a classroom teacher, there was not much of an opportunity to sit down and explore things like iPad apps as there were so many other things to do. I think with the right amount of training I think that people would be amazed with how much it can do.

How will it enrich the school curriculum?

Want to do greenscreen? iMovie has you covered. Formula with spreadsheets, numbers has all of that and more. Flashy and wowy presentations, keynote for that. There is so much you can do using just one device that schools already have access to that could help them revolutionise the way we teach.

Will you pursue any further training?

There is a higher apple certification known as an ‘Apple Distinguished Educator’ which I plan to apply for when the 2020 applications are open. There are only around 2400 of these worldwide and if I could become one of those it would open up so many opportunities for myself and us as a company.

Would you recommend the training to anyone else?

Yes! This training is free to anyone who is a teacher, so there is no harm in doing it.

How do you feel your knowledge of Apple products, services and software’s has improved?

I won’t lie, I used to be a big believer of apples built in apps being a lot of flash but no substance and I cannot believe how quickly I did a 180 on that through this training.

Do you have any new ideas you’d like to introduce to the classroom using your new-found knowledge?

New ways to do things like greenscreen using iMovie is a game changer for schools. I think that having all of these options that are not only free but overall better than apps we have been using in the past is incredible. 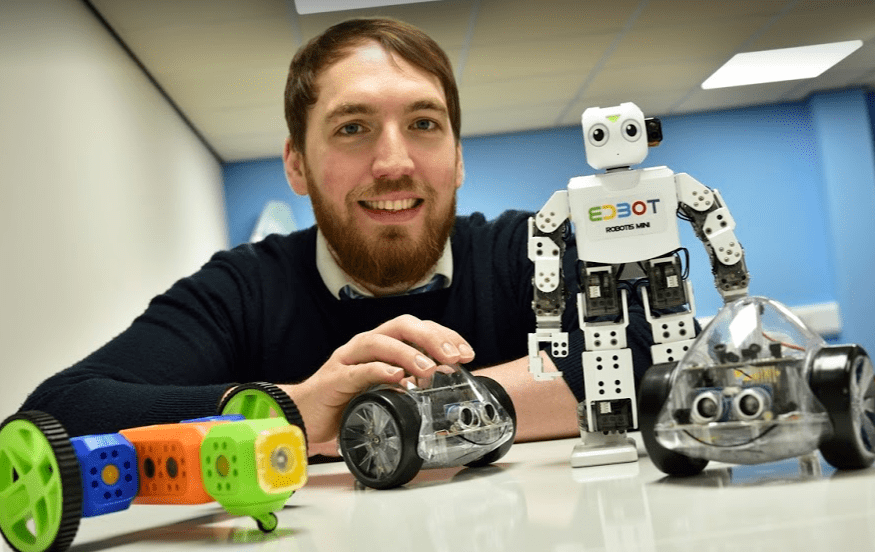