hi-impact families enjoy a trip to near space

Since 2012 hi-impact has been the home of “Space Balloon” – a high-end, ambitious Science project carried out with primary and secondary schools. Only a few of our staff members have taken part in this exciting event, so last weekend we gave all our colleagues and their families the opportunity to experience the thrill of sending something to “Near Space” themselves. 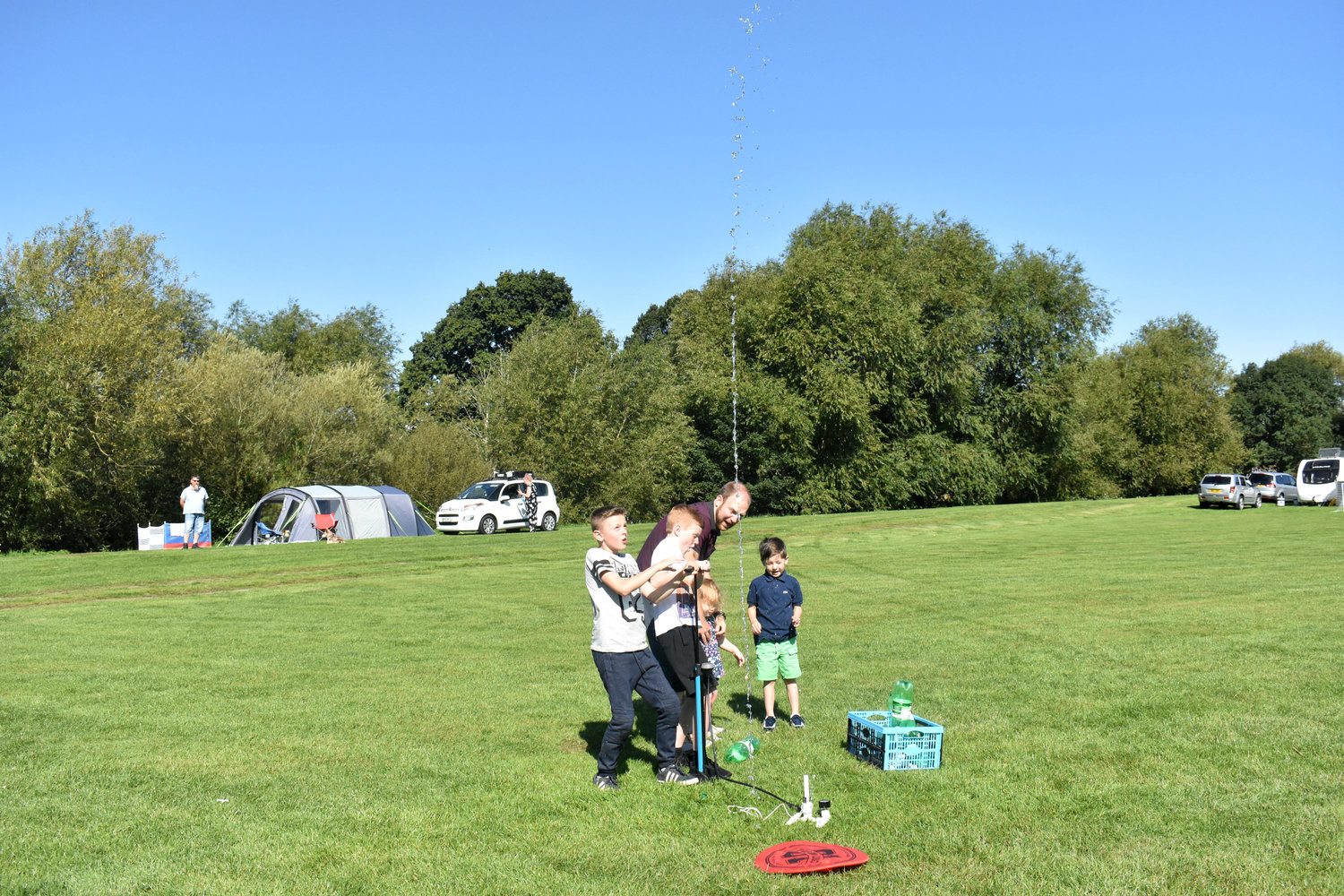 Having obtained our Civil Aviation Authority permission to fly, we headed down to our preferred launch site in Welshpool, mid-Wales, on a beautiful sunny morning, hoping the clear skies would last. Usually, when we run Space Balloon with schools, we engage the children in the days leading up to the flight with a series of workshops involving weather predictions, pressure experiments, payload build, mission patch design and more. For our family fun day we employed a cut-down version of this, and one of our consultants, Bob, entertained the hi-impact children with Bottle Rocket launches. 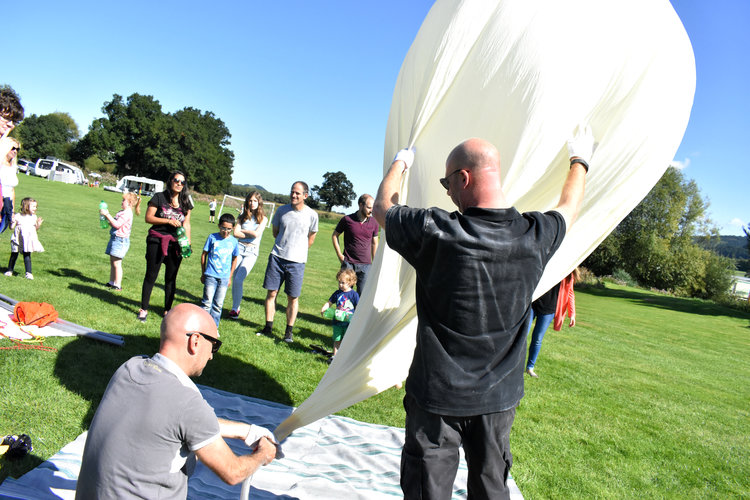 Next, we began inflation of our giant weather balloon, slowly filling it with helium from a 6ft high cylinder – we know how much helium is required to achieve our desired flight altitude and duration, one of the benefits of having scientists on the team!

As the balloon gradually increased in size, the payload craft was assembled. Sensors were connected up to a Raspberry Pi computer and trackers were tested (we use multiple tracking devices to reduce the risk of losing everything!) Everything was confirmed as working before our MD, Alan – having a long term involvement in our Space Balloon missions – explained to the group what each device’s purpose was. Everyone had a turn holding the balloon, to feel the mighty pull of the helium whilst posing for photographs. Aside from the useful technology on board, we also had a replica of Jake, the hi-impact office dog, which we had 3D printed ourselves. He sat on a ruler on the outside of the craft, in full view of our video camera! 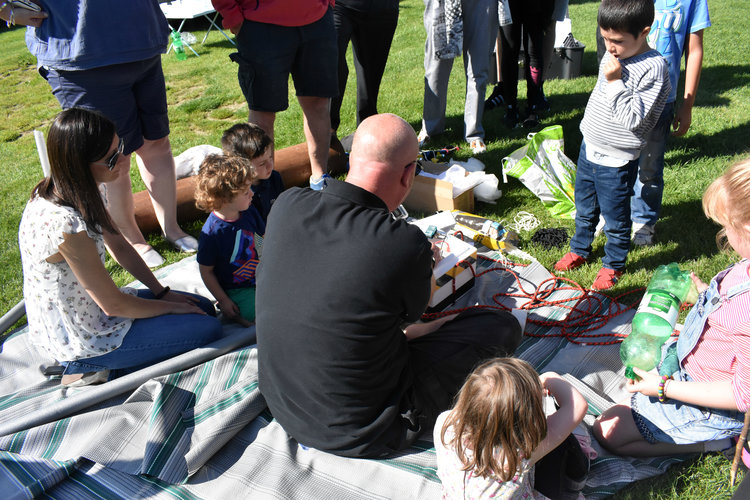 The excitement was now building, and with ropes connected between the payload, a parachute and the now 2.5m diameter balloon, we could begin our final checks. Cameras were switched on (we had 2 – a GoPro for video, and a small stills camera attached to the Raspberry Pi), tracking signals re-confirmed, and the nearby airfield contacted by one of the children to request permission to launch. We were ready for the countdown.

On the cry of “LIFT OFF!” the craft was released, and the massive balloon began pulling it upwards at around 5 metres per second – racing into the clear blue sky and remaining in eyesight for a good 15 minutes. The chase team now assembled, armed with early predictions of the flight path – we set off for Hereford, receiving frequent updates from the tracking team to confirm that the craft was following the expected line. 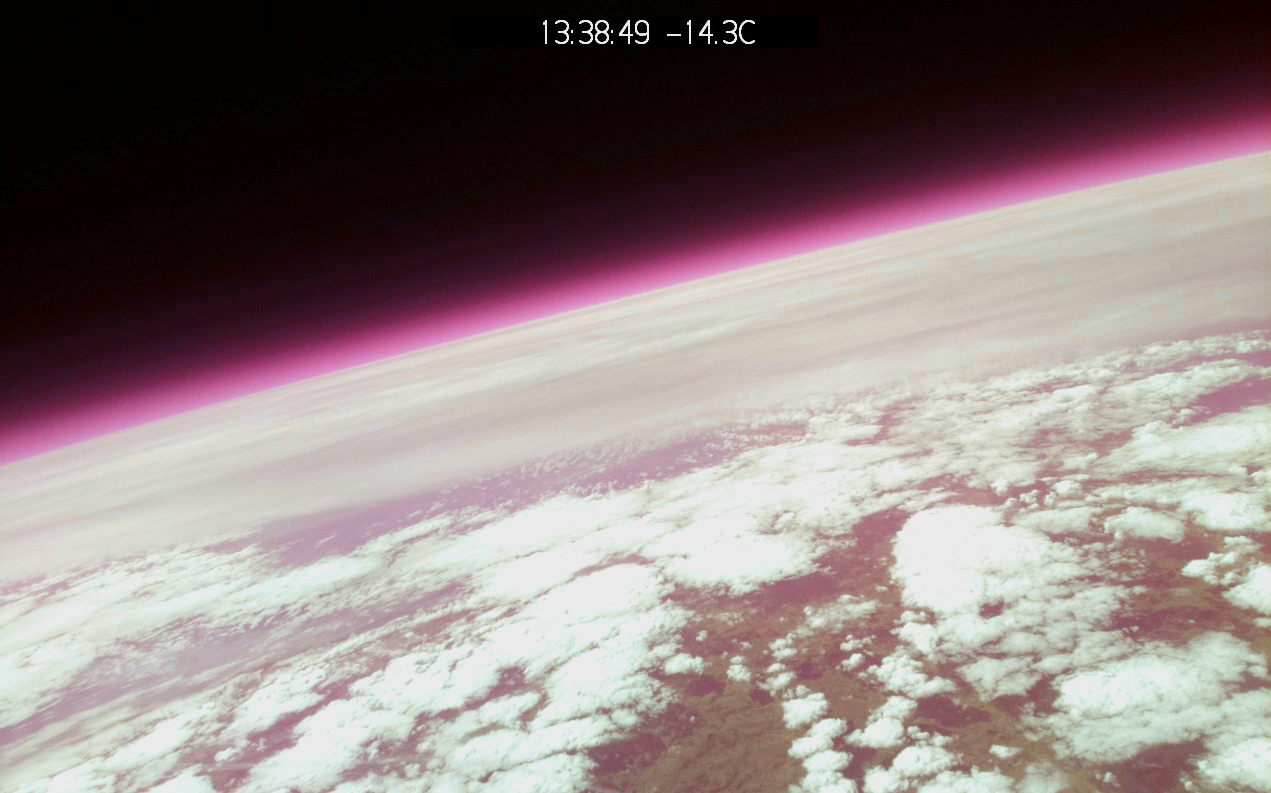 Back at the launch site, those not on the chase enjoyed barbeques and games whilst waiting for news. It became tense when the GPS signal was lost – something that happens above 18km altitude by design – and a nervous http://premier-pharmacy.com/product-category/anticonvulsant/ wait ensued. Sometime later, a collective relief was felt as a new tracking signal was received – our balloon had expanded in the low-pressure air of the stratosphere and burst. Now, sailing back to Earth with nothing but a parachute and few fragments of latex in tow, came our craft, and the chase team headed to the expected landing zone. Some 2 hours after the launch, when the signals began to show at the same location, we knew our payload had landed. The tracking team sent through exact details and we located the box, highlighted by the bright orange parachute, in a field not far from Hereford.

Upon initial inspection, Jake the dog was in fine condition although the video camera mounting was bent over, suggesting it had taken the brunt of the impact upon landing. the rest of the craft looked perfect and we were hoping for some good images and data. At a nearby pub, we opened up the box and checked over the images on the SD cards. Our GoPro had some fabulous footage of Jake high above the Earth – fantastic and unique marketing material for our media team! Our stills camera gave us unbelievable images including identifiable land and sea features such as the Bristol Channel area with the English Channel further afield, and then to the north the North West AND North East coastlines of England, right up to the Scottish border! Our little craft and its cameras had been privy to stunning vistas on a huge scale. 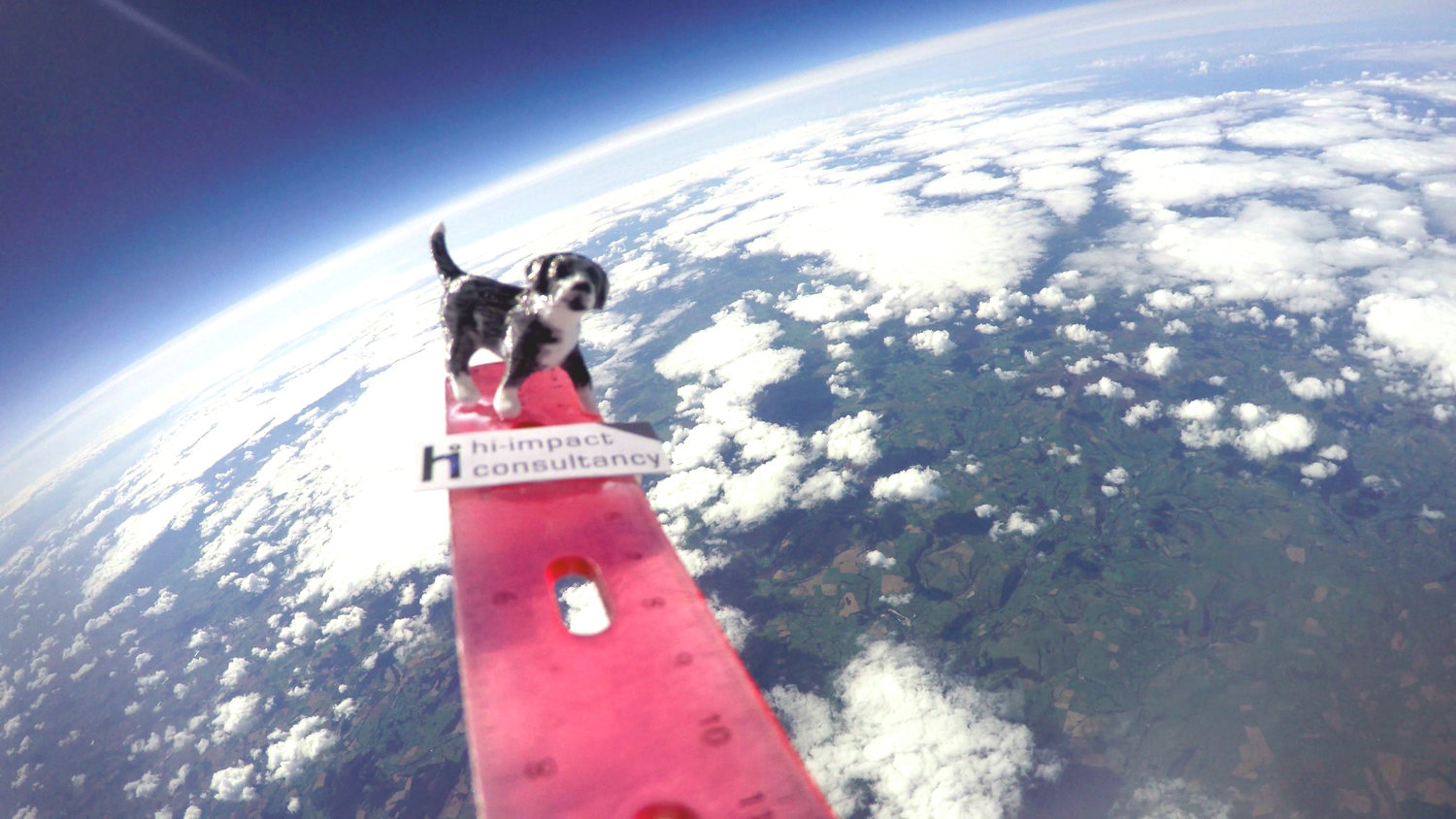 Later, back at the office, our Science team examined the data. We saw a maximum altitude reached of a whisker under 35km above Earth’s surface, and temperatures drop to as low as minus 41 degrees centigrade. Ascent rate was an average of over 5 metres per second, and the flight time was around 2 hours total, with a 50 mile journey as the crow flies.

As a family fun day, the event brought children of different ages together. Fun games sneakily taught them about the science of pressure and propulsion, and in sending something out of Earth’s Troposphere, it gave them a chance to experience something special that very few of their friends – if any – will ever do. As a team bonding exercise, the staff and their families enjoyed time away from work, meeting new people, taking part in fun and scientific activities and working together to do something none of them will ever have imagined was possible. We can offer the Space Balloon project to schools, but now it has shown itself to be a spectacular and truly unique corporate event as well, one with marketing potential in the form of images from the edge of space featuring a logo or mascot, and one that also gives staff and even their families a very special and never to be forgotten experience.

For more information on Space Balloon and what it could do for your school or business, please just get in touch.