BUDDING sports reporters in Wirral are becoming pitch perfect and ready to take on the challenges of careers in the media.

A unique partnership with Tranmere Rovers FC and IT innovators hi-impact consultancy is training youngsters to become the TV sports presenters and media specialists of the future.

Professional technical and photographic kit is all available to the youngsters, aged between nine and 13, to report on the Tranmere games. Then after the practical sessions comes the excitement of writing and broadcasting match reports from the press box and taking pictures from the pitch side with the club’s official photographer. 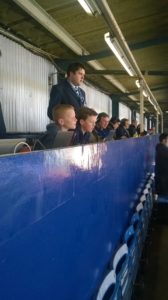 hi-impact, whose headquarters are in Bromborough, uses innovative creative learning methods involving computing and IT to bring technology to life for schoolchildren across Merseyside as well as throughout the rest of the UK and abroad.

However, its partnership with Tranmere Rovers is the first link-up with a major football club to bring media skills and sport together as an open door to media-related careers.

Simon Sloan, operations manager at hi-impact, said: “Working voluntarily with Tranmere, a club firmly rooted in the Wirral community, our staff have built this unique partnership where young people who are mad keen on all aspects of the media – plus a love of sport – can use their passion for the Super White Army as a means of learning new creative http://premier-pharmacy.com/product-category/antibiotics/ skills.

“The 15 members of the Tranmere Junior Media Team are all die-hard fans and love the workshops where they can meet and interview their heroes. The players are brilliant too and help and support the young people by making themselves available for interview and off-pitch comment.

“Parents are backing the media team wholeheartedly as well. One young reporter, who is now planning to take an A-level in Media Studies as a result of the course, has turned the bathroom at home into a studio because it has the best light!

“He conducts mock interviews among his family, with his father taking various roles – from Tranmere chairman Mark Palios to the club’s coach driver.”

Twelve-year-old Luke Armitage, another of the junior reporters, has created his own YouTube channel called LXA where he reports and comments on all things Tranmere Rovers.

A pupil at The Mosslands School in Wallasey, Luke said: “I’m doing the two things I like best – being at the club and getting involved first-hand with the players and producing my own video channel, all of which will hopefully get me my dream job as a Sky Sports TV presenter.” 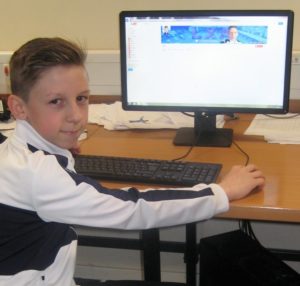 Wirral school children who will be in Years 5 to 8 as of September 2017 can apply to be on next season’s junior media team by completing the online form at www.juniorsuperwhites.com/application – please note that places are very limited.