It never gets old

The first check of the SD cards after a balloon flight is always nerve-racking as you wonder if the cameras worked and whether you’re going to be letting down an entire school with bad news… and then you see it: the Earth from 20 or 30 kilometres above, captured on a little camera that we stuck in a box and tied to a massive balloon loaded with helium. To us it’s a rollercoaster ride of emotions and nerves as the pressure gets to us and we yell at each other “where’s the tape?!” or “why is no one telling us where to go??!” but to the children on these projects it’s about engaging with Science as a subject, real-world experimentation and an excitement that might just spark an interest that forges a future career.

What started back in 2012 when I saw the BBC sending a GoPro camera on a weather balloon to great altitude as part of a documentary, led to us developing “Space Balloon” as our flagship project and one that has been successfully run year on year ever since, and with nearly 20 schools across the country. When I took my idea of sending our own GoPro cameras to the edge of Space to Alan our MD he said I was mad. Luckily I’d researched the costs and logistics involved and put a good case together. Also, he’s as mad as I am when it comes to exciting ideas for our education workshops so he was onboard within minutes! Alongside another Alan, our curriculum manager, we put together a series of workshops that would transform the project into something that had real educational value

That first flight was with Bedford Drive Primary School

Hand-picked as our guinea pigs for this audacious mission as I was their ICT Technician and knew that their Headteacher and Year 6 teachers were always ambitious and willing to trial new ideas. Despite all our research we were winging it. We worked with the school for half a term, steadily building towards a launch. We didn’t know how to get helium, we didn’t know how to attach an enormous balloon to a rope, we didn’t know where we would be allowed to launch from and we certainly didn’t know how to build a payload!

David Millar from the Civil Aviation Authority advised us to head down into Mid Wales for launching – away from the Liverpool and Manchester airports and major flight paths. We picked a caravan park on the banks of the River Severn near Welshpool and called them up to ask if we could use their site. They were delighted to accommodate us and Severn Caravan Park and Bunkhouse has been our preferred launch site ever since.

We are brave at hi-impact

Inspiring children is our ultimate aim and we never let fear or an initial lack of knowledge stand in our way! We will research something until we are experts, or we bring in ready-made experts to plug the gaps in our own understanding. Dr Steve Croft from UC Berkeley in California was one such expert. A childhood friend of our MD, Dr Croft moved from Wirral to pursue a career as an Astrophysicist. He was our go-to guy on that first mission and went on to conduct his own High Altitude Balloon flights with students in the States as a result of working with us. We called him at 2am on the morning of our Bedford Day Drive flight. We were sat surrounded by bits of plastic, polystyrene, rope, cameras, zip ties and reels of tape – none of which was coming together to form any semblance of a payload we could send to Near Space! By 4am the craft was finally built and we went to bed. Then, 2 hours later, we got up and I was actually sick with nerves (something our MD told all the children when we all arrived at Welshpool, to their great amusement!) It was the first time I’d realised that an entire school was depending upon us to deliver on my crazy idea and I didn’t want to let them down.

I can’t describe everything that happened on that first flight as it would take too long. We launched our make-shift craft of plastic conduit held together by LOTS of tape and waved goodbye to our cameras as they sailed through the clouds. I remember wondering if that would be the last we’d ever see of them before we set off in a Campervan following the GPS tracker that was giving us a vague hope of retrieval.

The flight went to plan: it went in the direction that some very clever Cambridge University software had predicted and after 90 minutes the tracker was displaying the same location multiple times – it was down. Then, the plan went a little off piste as the tracking position began to move again! This time it was following roads and we deduced that someone had picked it up. We’d recently hired Jay, a former manager at a local O2 store and he had come along to help film the day, but in addition to this he had arranged for us to put a mobile phone on the payload – something that turned out to be key to us getting our cameras back! We called the phone and met up with the people who’d picked up our payload at the side of a road in Bangor-on-Dee. We took it to a pub in Llangollen and nervously put the SD cards from our GoPros into Alan’s MacBook…

This was the moment of truth and we held our breaths

As Alan opened one of the files and zipped through the timeline the video began to show an unbelievable sight – a swirling, circular, white mass with a black background… WE’D DONE IT! We couldn’t quite believe it but we’d done it and we were watching the Earth (albeit covered in thick cloud) rocking to and fro across our screen with the blackness of Space beyond. We weren’t letting any children down on this flight and we haven’t done so since in more than 15 missions to date (although we came close in Scotland last year as I’ll explain later on!)

The impact of our first flight was felt not only by the children and school staff, but also by us. Alan can be seen wiping a tear from his eye at lift off on our film of the event, although he claims he just had “sweaty eyeballs”!
As a school technician I was also taken aback a few weeks later when some Year 6 girls asked me to sign their leavers’ book – that baffled me but signalled the effect that our project had on them. It meant something.

Perhaps the moment we realised the extent of the impact of this project on the pupils was when the teachers noticed in photographs that an excluded child had actually bunked INTO school on the day we brought the footage in to show them – they couldn’t stand to miss out!

All of them have been overcome in true hi-impact style, never letting barriers prevent us from achieving our goal of enhancing teaching and learning.

There was the time our helium ran out within a couple of minutes of inflation and I had to drive to pick up more helium (not easy in the middle of rural Wales!) whilst Alan lay on the ground holding a partially-inflated balloon as the school arrived and milled around him for 2 hours growing more and more impatient about the delay! We now have spare helium on every launch.

There was also the time when it rained so hard that the balloon slipped through the tape and Georgia’s soaking wet hand before it could be attached to the rope. Not a problem as we had spare helium as mentioned above and also a spare balloon. Georgia continues to be mortified to this day and we still sing “Let it go, let it go” when we recall that moment!

We’ve had our payload land on a B&Q warehouse roof and had to use our drone to locate its precise location to be able to tell roofing contractors where to climb up to retrieve it for us.

We’ve lost our payload in huge Scottish mountains and spent hours walking in dangerous and atrocious conditions desperately hoping to stumble across it – all because of that constant fear of disappointing the pupils. On that occasion, the closest we’ve ever come to letting a school down, we were fortunate that a mountain guide found our payload whilst out training and called my number that was written on the box in case of just such an incident. She called it “Box”, in a way that was reminiscent of Tom Hank’s in Castaway calling his volleyball “Wilson”!

We did the usual workshops in school for the days leading up to the launch – our teachers are brilliant and give the pupils a really solid and scientific background to the whole project to ensure it isn’t just a “wow” event. We did the usual tether from the school the day before launch, something we always do just to give the children who aren’t fortunate enough to come on the launch a chance to see the balloon and feel a part of things. Then we did the usual launch.

It’s a bit different now to when we did it with Bedford Drive all those years ago: we have a 360 degree camera onboard and offer sponsor logos or mission patches to be in shot with the Earth as a backdrop; Mark has added radio tracking to supplement our GPS tracker and phone; and Gareth has added coded Raspberry Pi sensors and a flat lens camera (as a growing number of people ask us to stop using fisheye lenses that distort the curvature shown in the images). However, despite the smoothness and efficiency of our procedures and the fact that I no longer feel sick in the hours before lift off, once we begin preparing the payload for launch I get nervous and stressed.

When we yell those things at each other during the launch process it’s because we are still worried about letting down that entire school with bad news – each and every person on a balloon mission plays a pivotal role and helps maintain that 100% record we proudly hold for retrieving images and data from Near Space. Every camera that we remember to switch on, every cable that needs plugging in to a circuit board, every zip tie that attaches the balloon to our payload, every tracking system that needs configuring and triple checking, every camera angle that gets covered by the media team – all with the pressure of launching within a CAA-defined window – marks a lot of work from a lot of people. I’m immensely proud of those people and a Space Balloon launch day is still my favourite day in work.

Firstly, it means I cabled up Gareth’s Pi equipment correctly (something I’ve not been too good at lately!), and secondly, due to us being lucky to experience a rare cloudless launch day, we snapped an image of outstanding clarity – one that shows the Wirral Peninsular, home of hi-impact, a group of like-minded and driven educationalists, media specialists, technicians and innovators. You can’t quite make out our offices in this picture but you can see the results of our big ideas and outstanding teamwork. 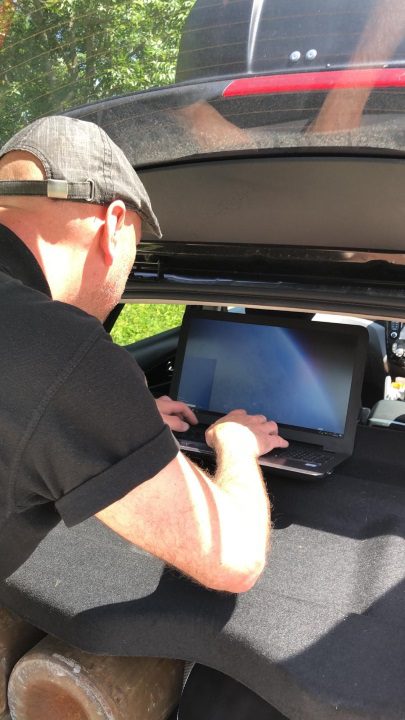 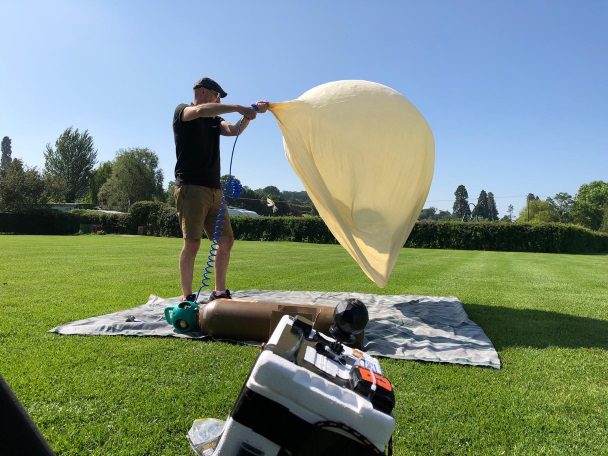 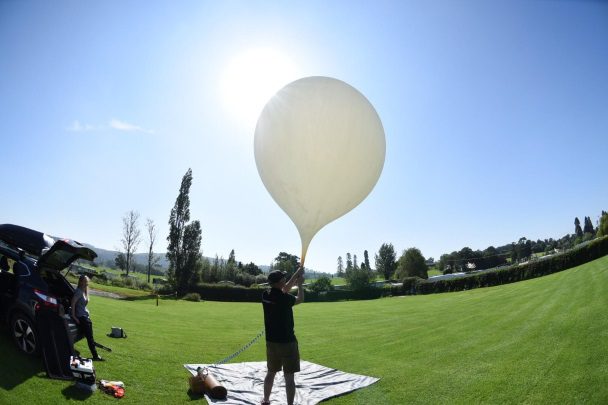 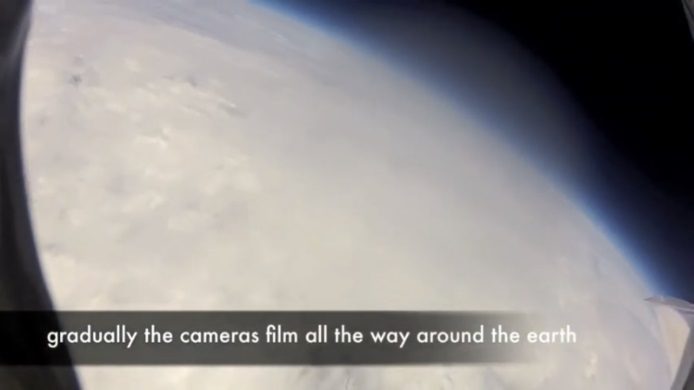 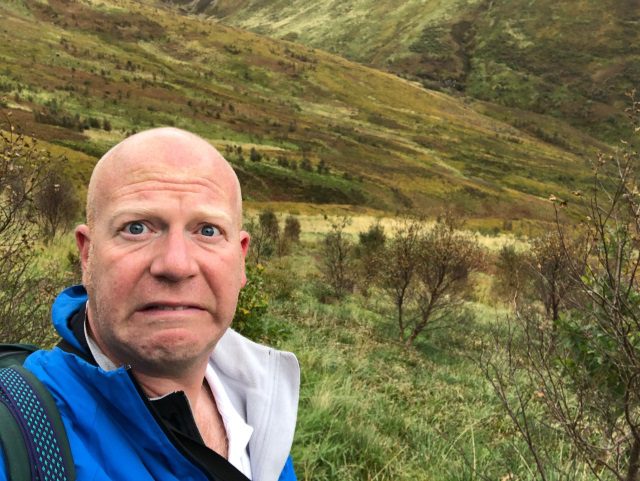 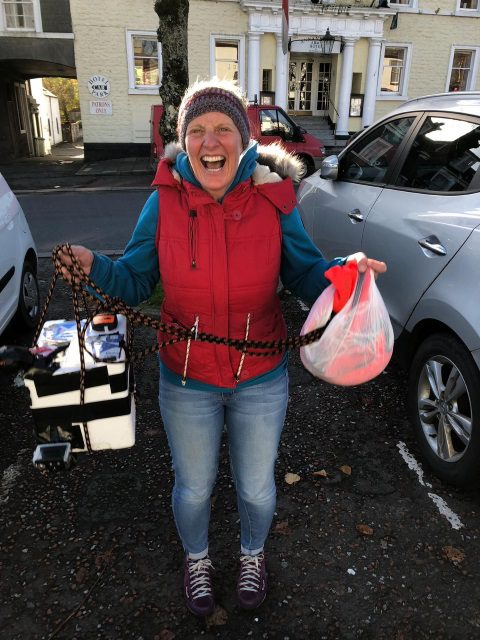 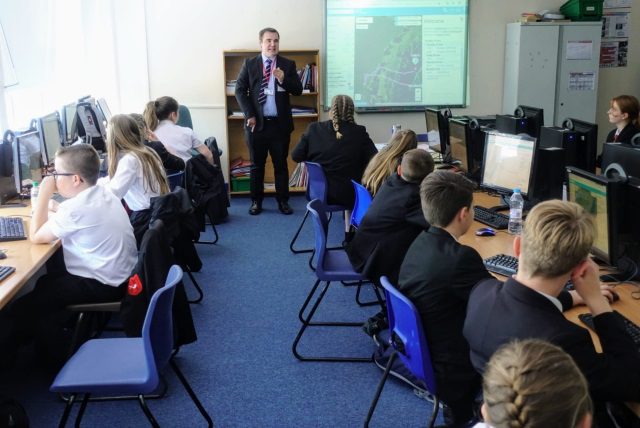 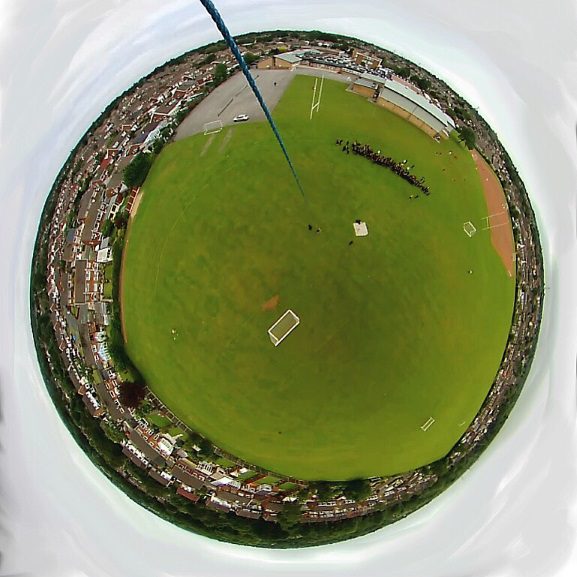 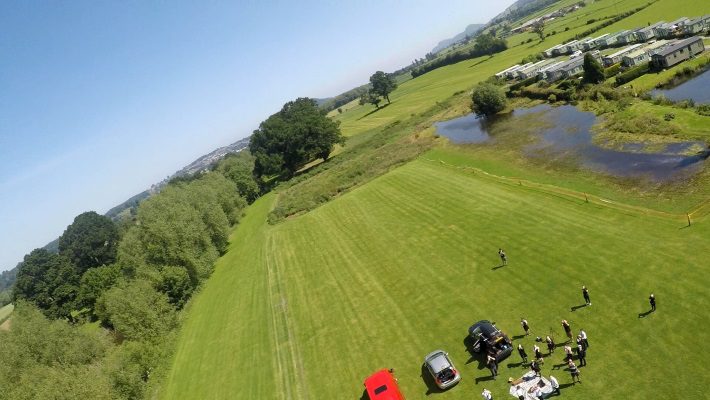 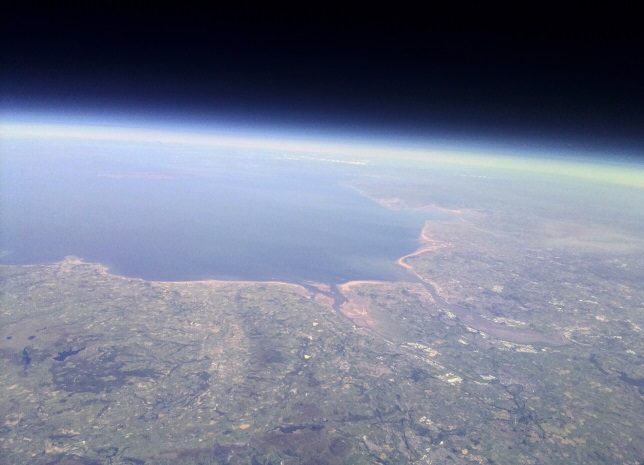