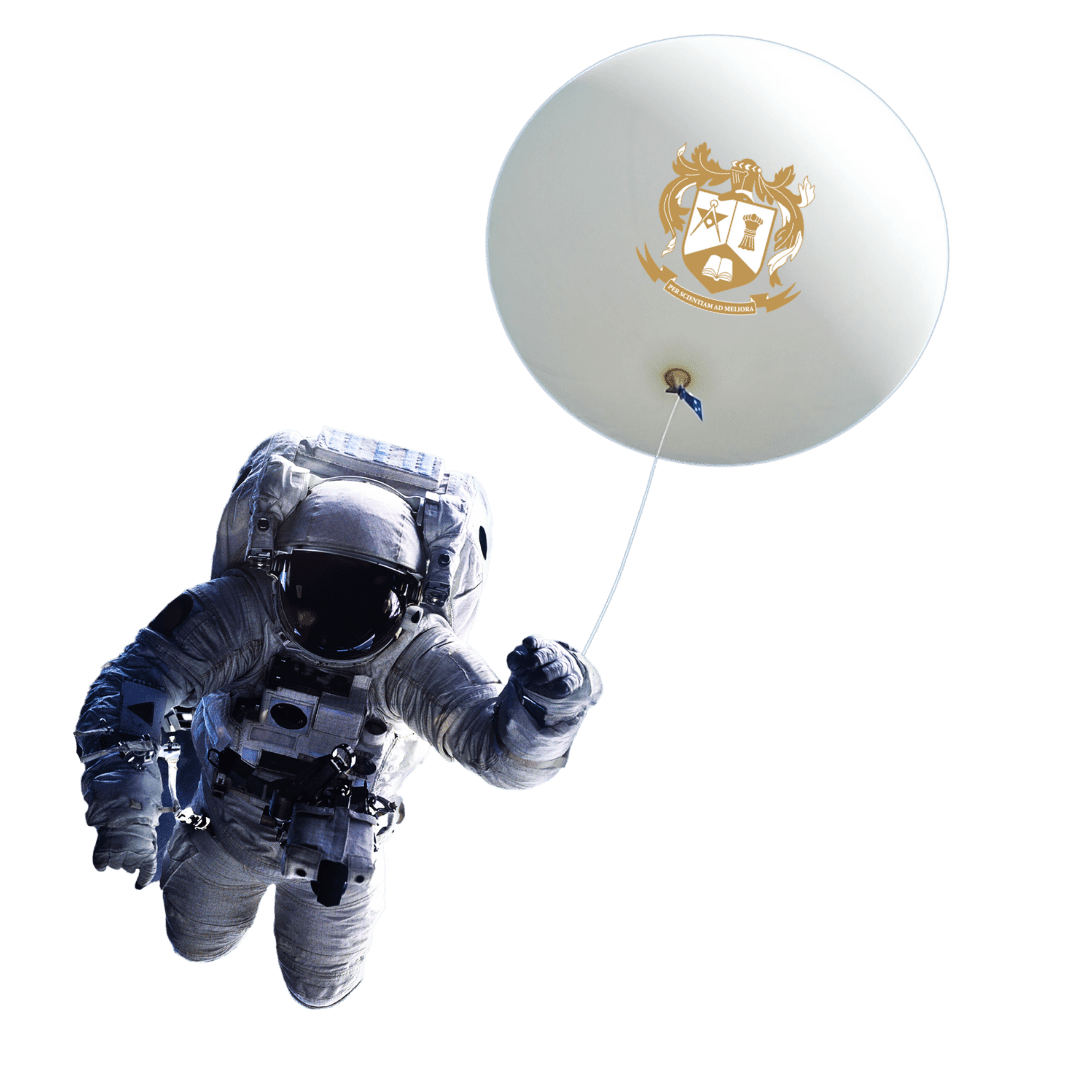 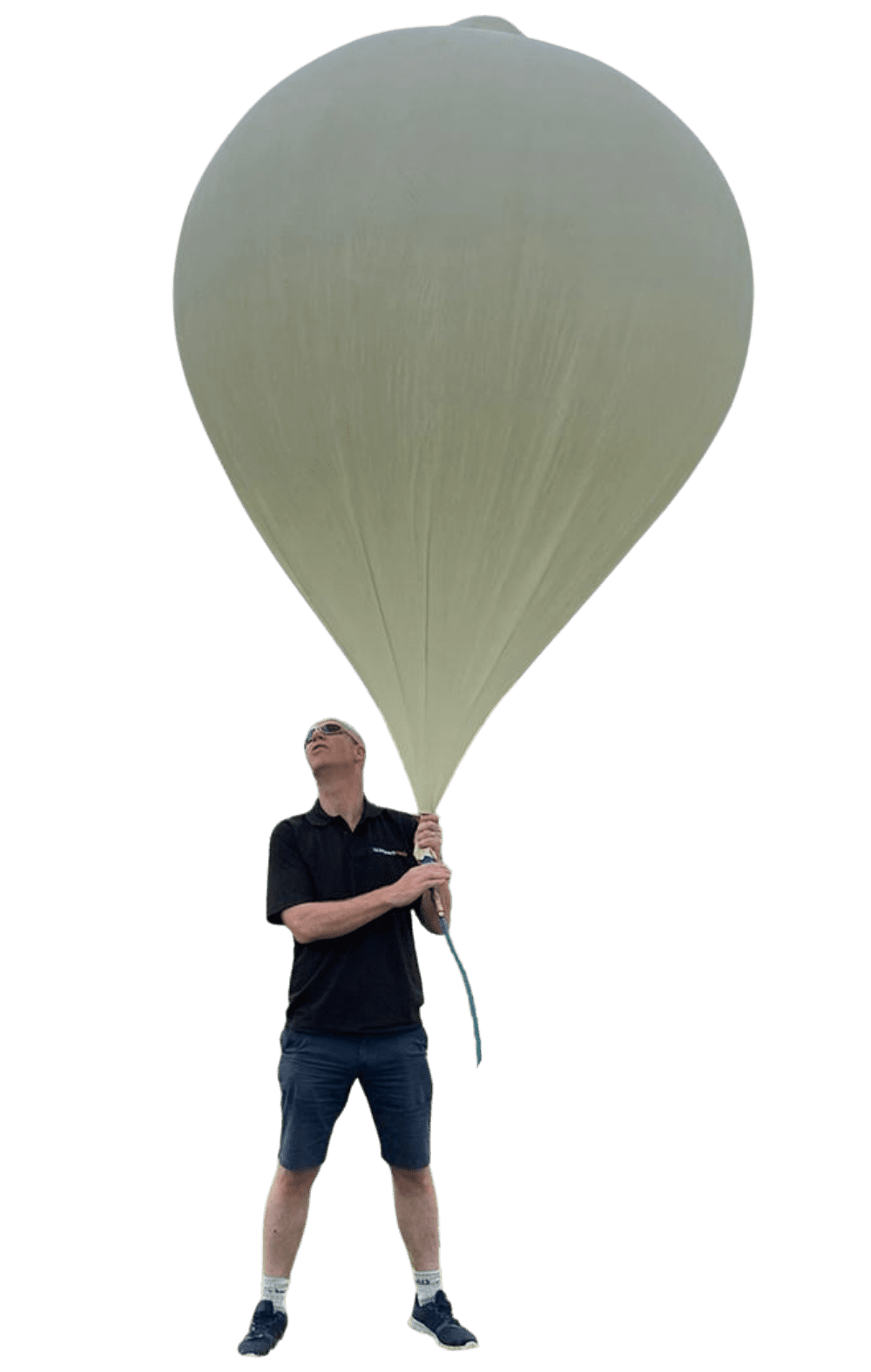 “Earth is the cradle of humanity, but mankind cannot stay in a cradle forever.”

Arriving at the spacecraft analytics hub (The STEM Lab) in Mosslands at approximately 8:15AM, I was tasked by teacher and theoretical astrophysicist, Phil Nottingham, to document all on goings of this momentous occasion; capturing our team of flight guidance experts as they worked around the clock to ensure their STEM Space Balloon project was safe and secure as it sailed through the stratosphere.

From the moment of my arrival, tension was building in the classroom; the steam from burning tea leaves lingering in the air –  turning thicker with each passing breath. This was a practiced ritual; they had prepared for mammoth tasks like this before.

My colleague, Mr. Phil Nottingham, assuming the mantle of Ed Harris in this bold Apollo 13 remake, addressed the class, “Okay, guys!” he barked, each student sitting to attention, “Today is the big day. We will be launching our Space Balloon and it will be your job, here in our base of operations, to track it as it travels across the country.”

With significant toil having been poured into this project over the course of the week, stakes were high, eyes were heavy and hearts were pounding for all…except those of the students.

They sat calm. Their eyes locked onto the screen. Attentive and assured in their capabilities that they would follow this passion project to its almighty crescendo. “Yes, Alan!” they shout in wholehearted unison – their eyes sparkling with anticipation

“Get yourselves prepared and call in when you’re ready to launch!” – in what can only be described as the equivalent of a livestream mic drop, the screen then cut to black and the class scuffled back to their seats, muttering to themselves as they quickly began to log in to calibrate their tracking maps.

“Who would like to make the call?” Phil inquires.

There were no takers, had the pressure of the occasion finally started to bear weight on their young shoulders? “I’ll do it!” Our very own Spartacus arose, a scientist in his infancy, bravely standing alone amongst his peers; held up only by the strength of his conviction.

With his confidence in full-swing, he swaggered to the front of the class and accepted the phone.

“Are we okay to launch in 5 minutes?” Spartacus asks

The classroom stands to attention as Phil quickly re-launches the live feed.

The room seemed hotter as anticipation built. The air was heavier. Clocks slowed. Destiny had arrived.

It’s time for the countdown to commence. (My camera cut off)

A deafening roar of “WAHEY!” erupts from the classroom as the majestic white balloon soars into the clouds and disappears behind the overcast seel engulfing the sky.

“Now it’s time to track it guys!” Phil yells, “Back to your stations!” Quickly returning to their computers, the Y10’s began their pursuit; closely monitoring the GPS tracker on the payload attached to the space balloon.

Providing a signal update every 2.5 minutes, the STEM lab was buzzing with conversation; each group discussing findings with one another regularly as they predicted the flight path. In the meantime, in juxtaposition with this intellectual sparring, our offsite team were facing a far more naturalistic battle – chasing the balloon as it danced atop clouds, vaulted hilltops, and camouflaged into the horizon.

It was during this pursuit that we received a message which changed everything.

“Guys…we’ve lost it.” Simon states over the feed

*A gasp snatched at our breath*

“What’s happened?” Mr. Nottingham responds, a hint of resignation in his voice

“We’ve stopped picking up signals, it’s floated out of range.”

The class roll their eyes and bow their heads. Was it really all for nothing? Has the project gone completely awry? Did we fail to properly account for the weather pattern?

“They’re calling us back!” Phil shouts

Simon answers the phone, “It’s dropped back into range and it’s losing trajectory. We have a landing zone!”

The Y10’s sprung from their seats. “Get in!” they exclaimed; ecstatic to see that not all was lost, and their labour was finally bearing fruit.

The offsite team, weaving throughout country roads, made sure to maintain contact with all of us in the STEM lab as they kept an eye out for the elusive space balloon.

That was until, finally, they happened upon it. In the grassy fields in front of an old manor where the road ahead coiled, the oak stood strong, and the farm life harmonised – there the STEM space balloon lay, as glorious in death as it was in life; blanketing the head of a mighty tree.

But it still had to be retrieved. We were so close yet so far – a hulking, cast iron gate standing between us and victory.

Alan acted quickly, rapidly pressing the intercom to gain access from the residents. We waited, muted by suspense.

Pressure intensified – our heartbeats synchronised with the foreboding ring of the buzzer. Had our previous fortunes drawn the ire of fate? Was this the end of the line?

The class gathered at the front of the room, huddling together as they awaited their project finale…when suddenly.

THE GATE HAD OPENED!

*A sigh of relief echoes throughout the room*

The offsite team had been granted entry and were soon greeted by a very jovial man (Also named Alan, what are the chances!?) who, being familiar with the grounds, was welcoming enough to not only let them in, but also retrieve the space balloon himself; scaling the towering tree with herculean strength and kindly passing it down. Simon, grabbing the deflated balloon and the attached payload, held both up to the camera and was met with a raucous applause from the whole classroom.

Now knowing it was a success, the Mosslands Y10’s very thoughtfully thanked both the onsite and off-site teams for their work over the course of the week, stating that they thoroughly enjoyed each activity.

We had our balloon. We had our payload. We had our victory! A perfect end to an amazing week of STEM activities.

We’d like to thank The Mosslands School, Mike Lam, and their Y10 group of science fanatics for an incredibly enjoyable and rewarding week of teaching. We hope to stop by and visit the skies again soon.

An Interview with Jack Wright: A Day in the Life of a Techie