The Robot Carousel: A Glimpse into the Future

Hi-impact’s Gemma Sapp gave the Y1’s and Y2’s of Woodlands Primary School a glimpse into the future last week, revealing to them the marvellous wonders of robotics through our brilliant Robot Carousel Workshop.

Introducing the class, Gemma first took it upon herself to explain the concept of coding through a very clever demonstration with one of the students. She did this by calling them to the middle of the class, and instructing them to move their body when tapped on the head and told to “Go.” Little did the children know, that this seemingly silly game was a lesson which would be applied throughout the remainder of the class as a key component behind command programming.

Ms. Sapp then decided to dive right in and kick the lesson off by proceeding to open the steel box next to her and introduce the star of the show. But what resided inside…?

No, he’s not Optimus Prime, but he makes up for his lack of stature with a cute demeanor and a plucky personality, which the children took to instantly when he greeted them all with a cheerful “hello!” right out of his casing. He wasted no time introducing himself to the entire classroom soon after; zooming around in circles to meet and greet everyone as the children gleefully observed their new classmate.

Gemma then wowed the class further by demonstrating how, using just an app, Dash could be commanded to carry out tasks, not unlike how the students were instructed by Gemma during the activity at the beginning of the lesson. What was the app called, you ask? That’s right, “Go!”.

Through this code altering, Dash was able to change the colour of his lights, speed, direction and voice; allowing the children to make their own voice recordings and converse with their new robotic friend as if he were a fellow student.

Dash was not the only highlight of the day however, as Ms. Sapp then introduced Toco Builders; an excellent and engaging virtual building app which the class used to assemble their own digital structures.

As well as ‘Finding Awbie’, a wonderfully charming app which incorporates physical instructional tools (i.e arrows, directions etc.) and scanning technologies, which, when utilised, would move Awbie, the digital robot, across the screen

Then there was Robot Turtles, a board game designed to teach the concept of programming to beginners by picking up cards with directions and moving turtles across a map.

And, finally, the Blue Bots, which were able to traverse across floor boards via app instruction.

At this point, with the classroom thoroughly bouncing with anticipation and excitement, Ms. Sapp gave the enthusiastic group of students permission to roam- splitting into 5 groups and assigning them to one activity at a time.

What ensued is what could be described as a sort of cordial chaos; with the children racing around the classroom, eagerly engaging and immersing themselves into each of the robotic projects on show.

Whilst some focused their efforts on the programming aspect of the workshop; burying their heads into their ipads as they built virtual worlds and moved our friend, Awbie, across the screen. Others presented an enthusiasm and unique curiosity befitting of potential future engineers; observing the movements and inner workings of hardware bots Dash and Blue Bot intensely, with some even partaking in their own lite version of mini robot wars afterwards!

Regardless of where their interests lay, this was a classroom of extremely attentive and intelligent young people who remained polite, engaged, and enthusiastic throughout the lesson.

Their receptiveness towards being educated was infallible and was later strengthened even further when Gemma informed them that, during all of these fun and seemingly trivial activities, they were actually learning! With Programming, Mathematics, English, IT and Science all being put into practice unknowingly.

Ms. Sapp had demonstrated something remarkable during this workshop. Something the Year 1’s and 2’s of Woodlands Primary School won’t soon forget…

Learning, when approached with a passionate mentality, can be the most amusing, entertaining, interesting and fulfilling activity in the world. 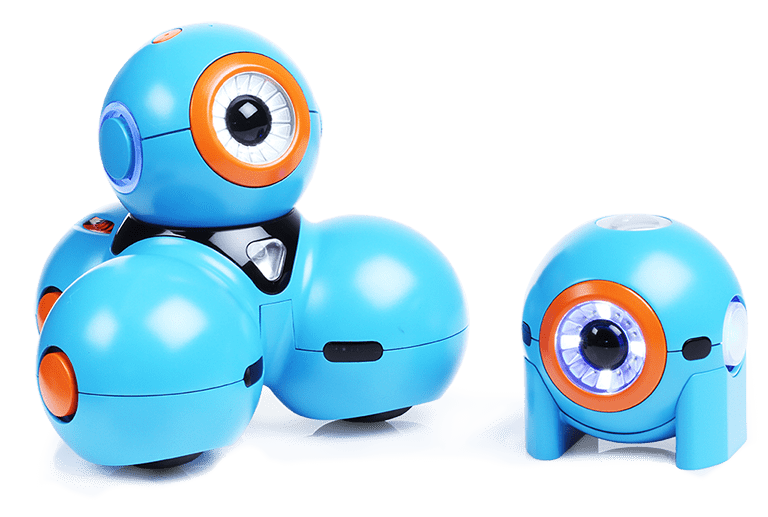 Storytelling Week: The Bear Under the Stairs

The Robot Carousel: A Glimpse into the Future