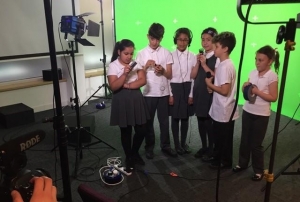 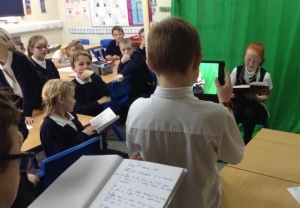 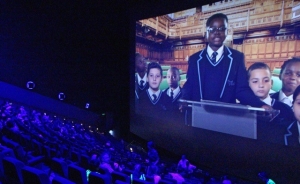 PRIMARY school children from across Wirral are focusing on their film skills to turn them into stars of the big screen.

Script-writing, acting and production techniques will all come into play as they combine their developing talents for the forthcoming LitFilmFest’s cinema screenings at the Light Cinema in New Brighton and at Liverpool’s FACT Picturehouse.

LitFilmFest is an innovative programme designed to radically improve literacy and digital skills among children aged between seven and 11, set up by Merseyside primary school teacher Dominic Traynor.

From now until next May, Wirral’s education consultancy Hi-impact will be working in partnership with Dominic, founder of A Tale Unfolds which brings traditional literacy into the digital age, to provide media workshop sessions for the Wirral youngsters.

Dominic said: “Poor literacy skills are estimated to cost the UK economy £81billion a year and, what is more, children aren’t getting the chance to significantly improve their digital skills which will take its toll when they enter the future job market.

“From birth, technology has been with them everywhere and it’s their favourite form of entertainment by a long way.

“Schools must try to capture their pupils’ attention in a way which will help them want to develop more fundamental and traditional skills like reading and writing.”

Alan Thompson, managing director at Bromborough-based Hi-impact, added: “The first LitFilmFest was held in London a year ago and it was a true eye-opener.

“There’s a special magic around the event which creates learning environments that buzz with excitement.

“I’m really looking forward to seeing what our local primary school children produce for the first LitFilmFest to be held in Liverpool and on Wirral.

“This is a wonderful opportunity for local children to enhance their literacy and digital skills in such an exciting way.”

LitFilmFest will also encourage participating schools to be aware of important social messages and use their film-making skills to promote them.

Organising campaigns, eating healthily, learning about the political landscape and bringing about social and environmental change will all be included in the programme.

Hi-impact consultants will be using their digital expertise and media skills to coach the children in researching local news and campaigns, writing the scripts, performing and making a film to go out on YouTube.

Winning films will be shown at the festival venues at Light Cinema in New Brighton and at Liverpool’s FACT Picturehouse next June before an audience of some of the young film-makers.

Light Cinema business manager Jamie Atherton said: “It’s great to be able to support local schools and I can’t wait to see how their work turns out on the big screen.”